Disruptive technologies – The Future is here, are you ready? 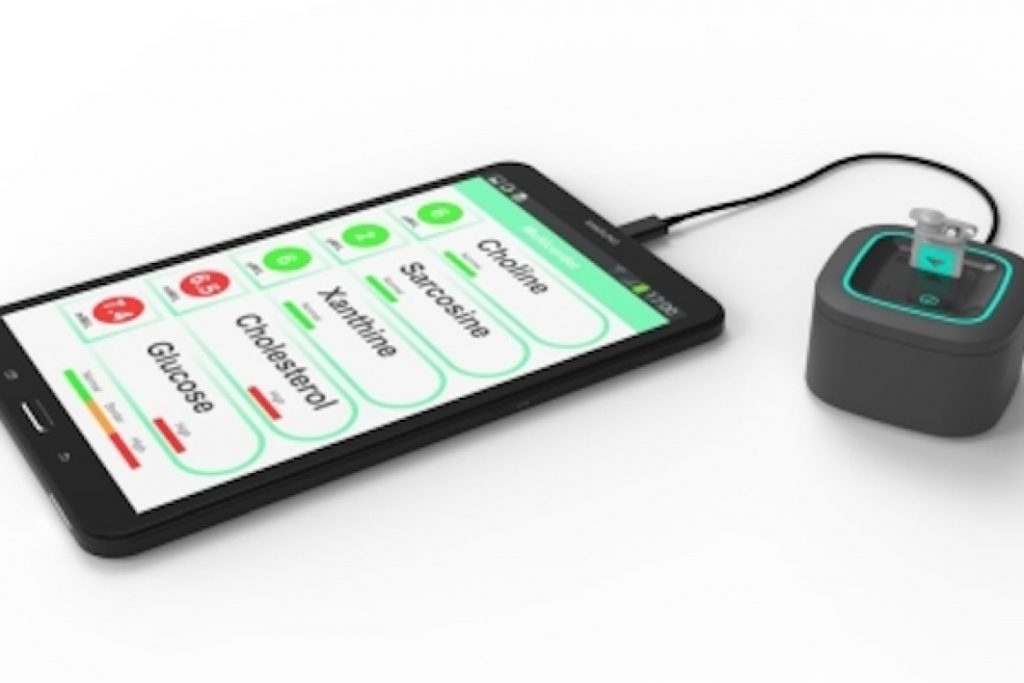 Researchers from Glasgow University have developed a handheld  diagnostic device that can measure and track metabolites to help monitor health and progression of specific diseases.

According to Wikipedia, disruptive technologies are innovations that create new markets and value networks or allow newcomers to enter an established market and eventually displace market-leading firms, products, and alliances.

The emergence of disruptive technologies such as Artificial Intelligence, Blockchain, cheap satellite communications, autonomous cars and 3D printing will spark the emergence of new business models and allow new competitors to take significant chunks of the market.

Facebook now has a pattern recognition software program that can identify faces better than humans. It is predicted that by 2030, computers will become smarter than most people. IBM Watson is already many times more accurate in diagnosing cancer, than human nurses.

In the U.S.A., young lawyers already having problems with finding jobs because, with IBM’s Watson, you can get basic legal guidance within seconds, with 90% accuracy compared to 70% accuracy when done by people.

As electric cars become cheaper, standard petrol and diesel cars will disappear. The companies that try to hold on to the traditional models will most certainly end up being insolvent while the businesses that adopt the new technologies (e.g. Tesla) will thrive. Check out what Volvo is doing today; no more internal combustion engines in their vehicles, they concentrate on making use of all-electric or hybrid only, with the intent of phasing out hybrid models in the near future.

As the next step – car repair shops will disappear. A petrol/diesel engine has 20,000 specific components. An electric motor has 20. Electric autos are offered with lifetime warranties and they are repaired only by dealers. It takes just 10 mins to remove and replace an electric motor. It is quicker than you can have a cup of coffee

Petrol pumps and petrol stations will disappear together most probably with the entire oil industry.  Coal mines will disappear.  Homes will generate and store electrical power and what they don’t use, they will sell back to the grid.

Autonomous cars and public transport – The first self-driving cars are already here. In the next few years, the entire transport industry will certainly be disrupted. You won’t have to own a car or have a driver’s license to travel independently, even to remote locations. You will be able to summon a car with your mobile phone and send it back when it is not required. Or if you choose to own a vehicle, it will become your asset not a liability as you will be able to rent it to others with a click of a button.

With autonomous vehicles, accident rates will drop significantly. With the reduced number of accidents and significantly lower repair costs insurance policies will become less expensive. Or maybe the insurance business will become unprofitable and will vanish completely.

Real estate will change because if people can work while they commute, they will be able to stay in more affordable and more beautiful places than city apartments.

Wellness: DNA sequencing,  new cell, and gene modification therapies will open new avenues to curing disease and improving the quality of life. Medical Tricorders (devices that diagnose diseases instantly) are no longer fiction. Glucose monitors, smart health watches, biosensors, and handheld ECG devices e.g. Kardia have been around for a while. But the industry is still in its infancy. According to Quadintel the global Medical Tricorder Market is expected to reach USD 5.4 billion in 2023 and it is expected to grow at a fast pace.

So, Welcome to Tomorrow – some of it actually arrived here a few years ago.